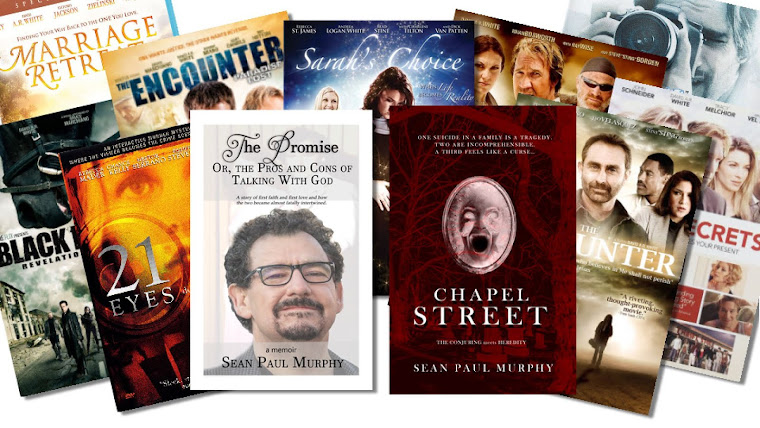 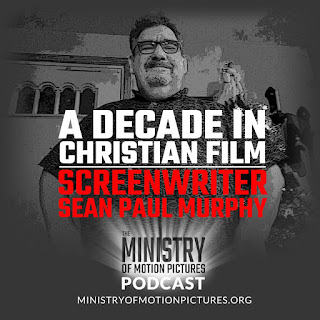 Recently Todd Shaffer, the creative director of Glorious Films, asked me to appear on his brand new podcast about faith-based filmmaking called The Ministry of Motion Pictures. And, you know me, folks, I couldn't refuse.  The episode, part one of two, is now available for your listening pleasure.

I have received a lot of requests for interviews lately. I know why. Christian filmmakers have been reaching out to me since I first published my blog Building The Faith Based Ghetto. These filmmakers want to serve the Lord through film, but they don't necessarily want to make the kind films they've been seeing since our work has been codified into a narrow genre. I am one of the few quote/unquote insiders who has been willing to take a step back and publicly ask why we are making the films we make, and whether they are accomplishing the intended goal. It's funny. In a way I am more influential now as a blogger helping filmmakers focus their vision than I was writing three movies a year.

You can listen to the podcast here:


But, better yet, subscribe to the podcast. You'll want to hear all of the episodes. Not just the ones I appear on.

It will be uploaded to other venues in the near future.

Also, here's the trailer to Todd's animated film The Promise: The Birth of the Messiah, now available on Amazon.


Speaking of The Promise, check out my memoir The Promise, or the Pros and Cons of Talking with God, also available on Amazon. It is my true story of first faith and first love and how the two became almost fatally intertwined.

Sean Paul Murphy
I am an author and award-winning screenwriter. I have written fourteen produced motion pictures. Check out my paranormal thriller "Chapel Street" and my memoir, "The Promise, or the Pros and Cons of Talking with God" both traditionally published by TouchPoint Press. Contact me at semurph(at)aol.com.